Sneaky Serpents is an interactive underwater light installation by the Tropism Art & Science Collective, first shown at the 2014-2015 edition of the Amsterdam Light Festival.

Like frogs in a pond, these light snakes start to come out of their hiding places as soon as the first snake dares to appear. They produce a slight hissing sound.
Then, when frightened by a sudden sound, like clapping hands of the visitors, they will disappear quickly back to their dens.
Until, after a while, one dares to emerge again… 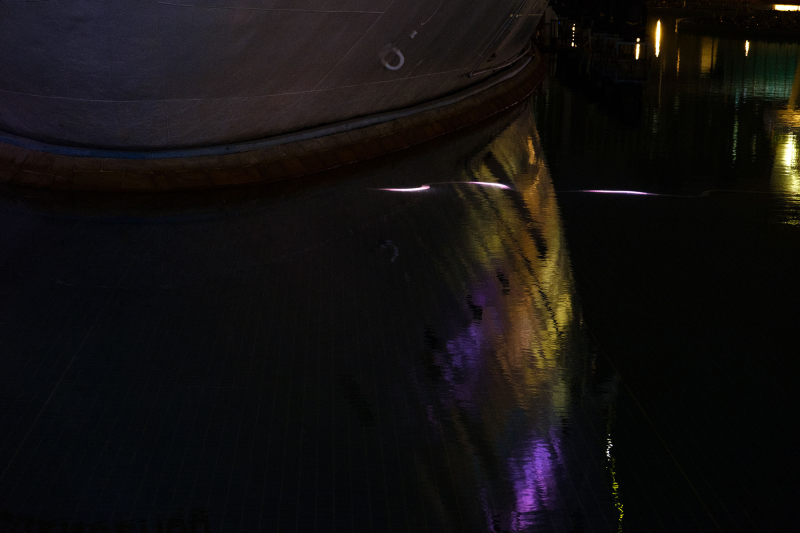