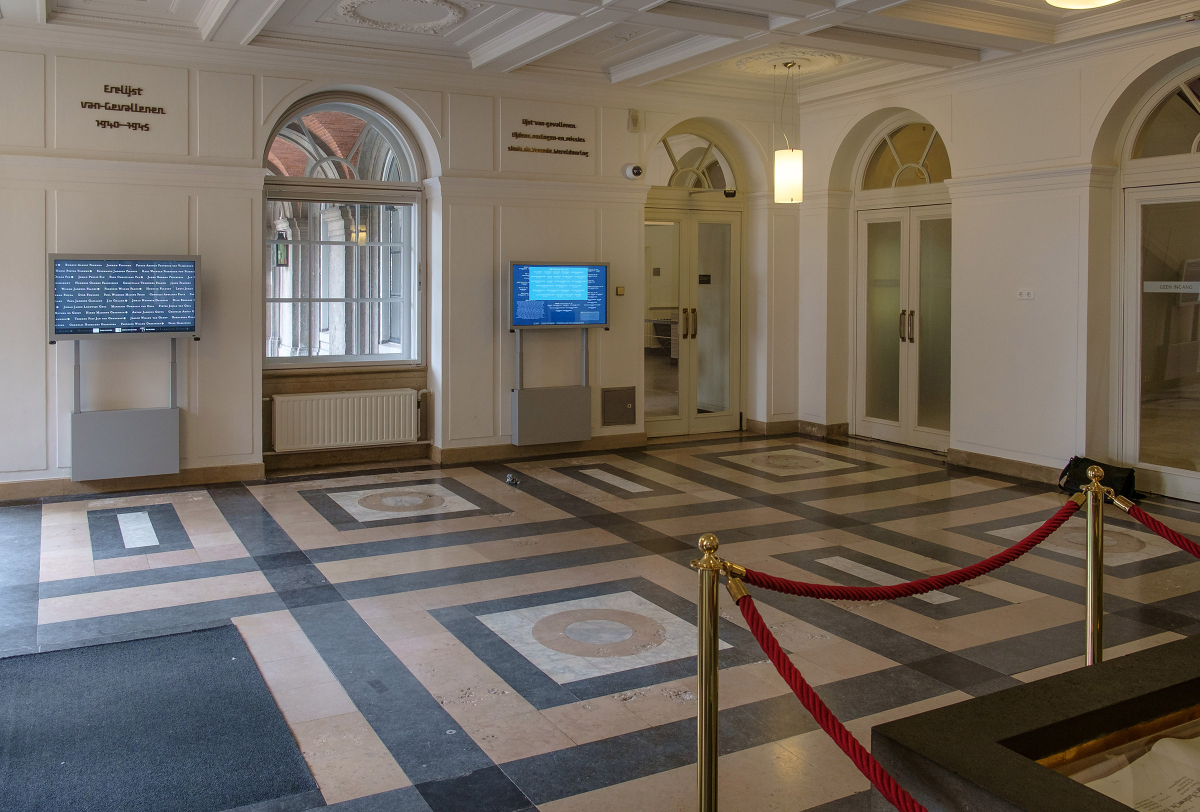 The Lists of the Fallen

With my studio Zeezeilen I designed two digital monuments in the old entrance hall of the Dutch House of Representatives, with corresponding websites.

The memorial honors and commemorates the Dutch soldiers and other officials (police and civilian) who died after World War II under war conditions or during (peace) missions, while they have served the Netherlands.

The monument is an initiative of the Dutch House of Representatives. His Majesty King Willem-Alexander unveiled the new monument during Veterans Day on June 25, 2016.

An online version of the monument is at lijstvangevallenen.nl.

Since 1960 the Honour Roll of the fallen 1940-1945 can be found in the entrance hall of Binnenhof 1a of the Dutch House of Representatives. The Honor Roll is a large calligraphed book containing about 20.000 names of victims of World War II in the Netherlands.

In 2010 my studio Zeezeilen designed the digital edition at www.erelijst.nl. May 2014, we designed an electronic monument with all the names floating past the screen, on display next to the actual book. 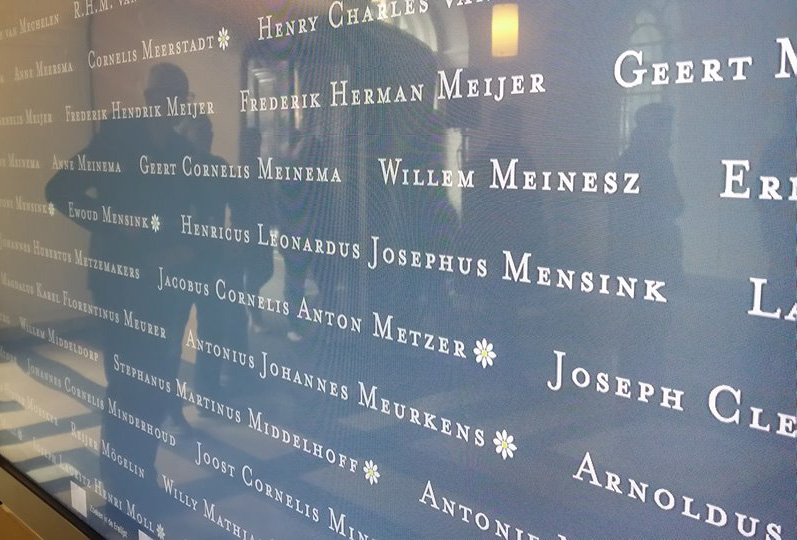